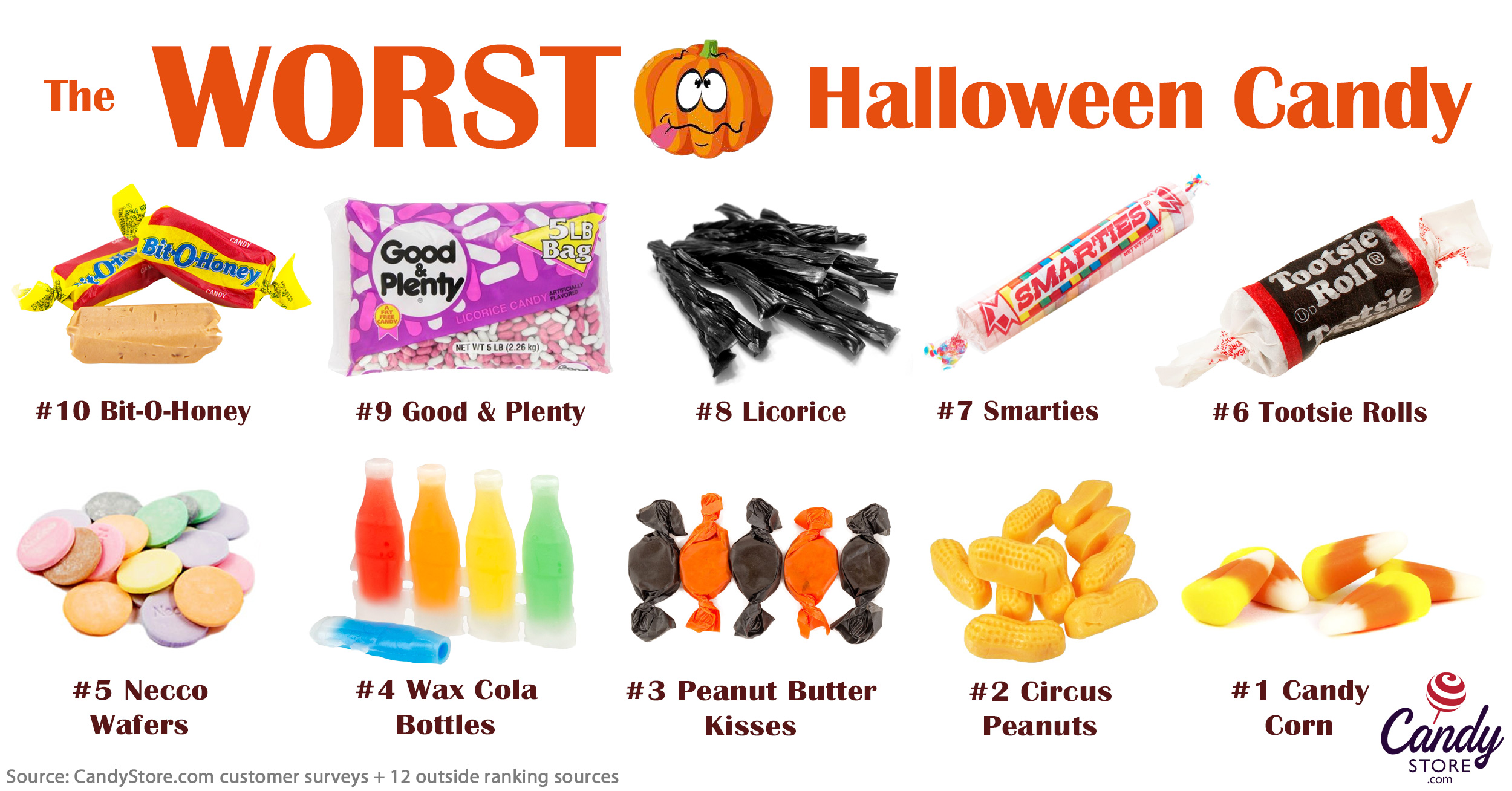 My mom also pointed out that she actually liked some of the candy that made this list. So I had to check it out for myself. I think others might agree. In my book Good & Plenty isn't that bad, it's not my favorite but I wouldn't rank it up there with Candy Corn and Circus Peanuts. I'm not a fan of Licorice or Smarties, but I know folks that like them. And I happen to like the Wax Cola Bottles, especially the juice that's in them.

Here's a list of the worst Halloween Candies, a thought or two on each of them from the list maker, and a link on where you can find them on Amazon.com if you want to relive your childhood. We're an Amazon Associate, so if you click a link and buy something we make a little money from that.

Source: The Worst Halloween Candy For 2019
Filed Under: Halloween, Worst
Categories: Daily Distraction, Food, Holidays, Nostalgia, Opinion, Shopping
Comments
Leave A Comment
Three Hour Drive To This Town For Halloween Could Be Absolute Best
‘Halloween Ends’ Reviews Say the Series Should Be Laid to Rest
What’s Lurking in the Dark Forest at Powell Gardens This Fall?
Get Your Spooky On With the Sedalia Spirit Walk
‘Halloween Ends’ Final Trailer: Bye Bye, Michael Myers
Trot Or Treat Coming This Fall in Green Ridge
Sedalia Parks Scarecrow Decoration Contest Is Back
10 Actors Who Were Traumatized By Movie Roles
The Franchises With The Most Bad Movies